Israel, a country whose economy relies heavily on human capital, faces a shortage of engineers and programmers who will lead the next generation of technological innovation.

To pursue computer science and engineering degrees, students are first required to meet competitive admissions criteria and are then faced with rigorous and demanding curricula.

85% of the students who drop out of Computer Science studies do so in their first year, and are likely to come from disadvantaged populations. These students may come from ethnic minorities, live in the geographical periphery, or are the first generation in their family to pursue higher education.

The Social Impact Bond to reduce dropout rates was the first SIB launched in Israel, as well as the first in the world in higher education. SFI believes that it has the capacity to scale this model, and implement it in various other institutions and fields of study, both in Israel and around the world.

Israel´s prosperity depends heavily on its skilled labor force. High dropout rates result in detrimental economic losses, to the student, the institution, and the national economy:

1.    The Student suffers a loss of time, effort, tuition fees, and a high-paying income in their future career.


2.    The Institution suffers a loss in future tuition revenue and income from the Council for Higher Education for successful graduation of students.

3.    The Economy suffers from stagnant levels of much needed engineers and developers, and the loss of contribution to GDP.

The intervention program is led by the Aluma organization, in cooperation with other organizations that help supply each student with a personal, tailored solution for their specific challenges. Each student ­­­receives a "toolbox” for their success, with consistent consultations with program mentors. At the end of each program year, the dropout rate is measured and compared to historical data.

In bringing this initiative to fruition, SFI is establishing best practices that will inform the efforts of other social organizations and institutions of higher education nationwide. 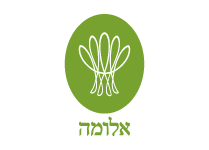