Social And Economic Impact of Granting Scholarships To Beginning Students

23/06/2022
SFI, in collaboration with the Hebrew University, conducted a first-of-its-kind study, whose purpose was to examine the social and economic impact of granting scholarships to beginning students. The study examined two segments of data;

1) University data; socio-demographic background variables, data on admission to the university, financial assistance requests, along with areas of study and graduation rates. The study followed eight classes of students, beginning in the year 2010 and ending in 2017. A total of 25,089 students were researched.

2) An online survey; distributed among all the students, which asked about their experiences after graduation; continuing education, employment and pay. The role of financial aid in completing the degree was also examined.

The study´s findings suggest that scholarships are beneficial to all parties; the university, the students and their families, and the Israeli economy. ESG in Venture Capital: A Knowledge Round-up for Israeli VCs and Startups

07/03/2022
ESG in Venture Capital: A Knowledge Round-up for Israeli VCs and StartupsWe are proud to share a white paper written in collaboration of New Era Capital Partners and Social Finance Israel discussion ESG in Venture Capital. The paper tackles an emerging field of practice within venture capital that has torpedoed to the top of the global agenda, namely, the inclusion of environmental, social, and governance (ESG) considerations within investment process and their integration within the commercial activities of portfolio companies.The paper particularly seeks to encourage fellow Israeli venture capital investors and entrepreneurs to explore ESG as a value creation strategy within their own firms.

Advances within personalized medicine are expected to increase the efficiency and pace of pharmaceutical development, reduce the number of failures in later stages of development, and prevent patients from receiving therapy that will harm rather than cure. One innovative solution to the challenges which personalized medicine faces in the field of immuno-oncology is, Reversed Personalized Immuno-Oncology (RPI), which takes the approach of modifying the tumor environment within patients in order to make them responsive to existing treatments.The significance of this approach is that if it succeeds, drugs that are readily available and have already been fully subjected to comprehensive testing in clinical trials can be used to successfully treat the majority of patients, as opposed to the minority. RPI has the potential to leverage patients´ own biology and make previously unresponsive incidences of cancer respond to treatments.
Read more

New Study Shows: For every shekel invested in early childhood development, 5 shekels will be generated

07/11/2021
A new and first-of-its-kind study in Israel calculated the return on investment in early childhood development: for an investment of NIS 3.3 billion in education, the return on wages, taxes and GDP will reach NIS 15.7 billion. JDC Ashalim CEO: "If you want to achieve social mobility, you need early intervention"
Calcalist, Shahar Ilan, 7.11.21
Read more 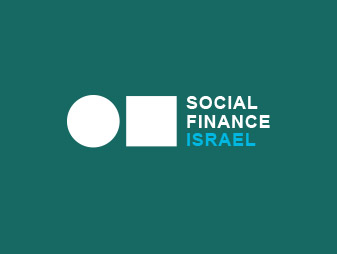 DRUZE FUTURE TECH ENGINEERS ARE ON THE PATH TO A CAREER

Outcomes-based philanthropy enables donors to become full and active partners in establishing the roadmap for a successful project by creating a chain of events and practices that are linked to positive outcomes, says our Senior Philanthropic Partnerships Advisor, Yariv Sultan
Read more MOMENTUM - The Math SIB in Rahat

Social Finance is in the news! With our SIB to Enhance Mathematic Achievement Among Bedouin Youth underway, the world is taking note. Click to learn more.
Read more

"THE CONTRIBUTION OF THE PROJECTS WE HAVE LAUNCHED TO ISRAEL´S GDP WILL BE NIS 1.8 BILLION"

Social Finance Israel and OurCrowd have partnered up in the launch of an Impact Fund focused on venture-backed businesses with demonstrated alignment to the UNs 17 Sustainable Development Goals.
Read more